1.2.2 It is suitable for all types of strata without large pebbles, including water-bearing strata, not for gravel layer, generally for soft soil layer;The pipes are usually steel pipes, PE pipes, PC pipes, etc., with a diameter of 200-1200mm and a maximum length of 1500m. 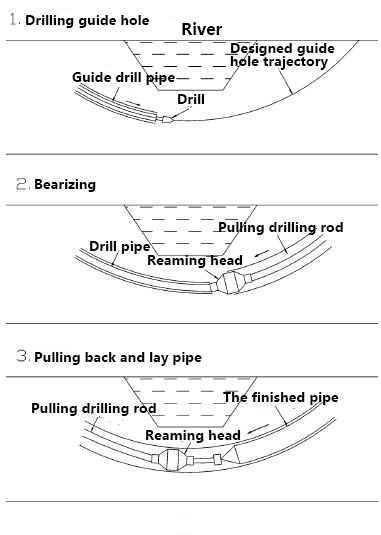 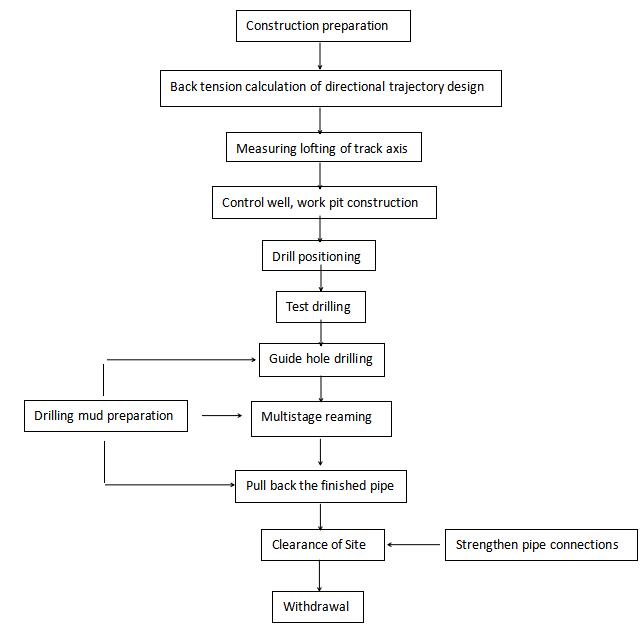 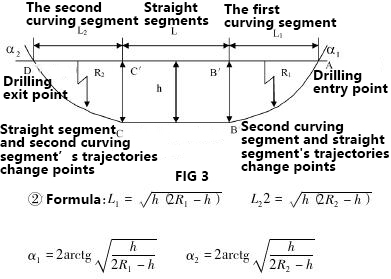 After the completion of the guiding hole, remove the starting rod and the guiding bit, and change back to the expanding bit for backexpanding. During the backexpanding process, the appropriate amount of mud shall be maintained, and the performance parameters of mud shall be tested irregularly, so as to adjust the mud performance index, and reasonably control the drilling speed of backexpanding according to the actual characteristics of the formation, so as to facilitate slag discharge.The reaming shall be completed in 3~5 times, and the corresponding extruding drill bit shall be used in the last backexpanding. If the backexpanding force and backexpanding torque are large, it shall be backexpanding once more to facilitate the formation and stability of the hole wall.According to the characteristics of silt and silt soil in this region, TERA and other diluted powder should be added into the mud mixing system during practical operation. The powder can solidify the tunnel wall, lubricate the drill pipe, and prevent deformation of pipes.In the process of drilling backexpansion, the original construction record should be made in time. If drilling time, axis Angle, torque, jacking force and other abnormal conditions are found, the construction should be stopped immediately and the cause should be found out and the corresponding measures should be taken before the construction.