Horizontal directional drilling rig is a kind of construction machinery for laying a variety of underground public facilities (pipes, cables, etc.) without excavation of the surface.

It is mainly used for crossing the roads, railways, buildings, rivers, and in the downtown, cultural relics reserves, crops and vegetation reserve excavation under the condition of not easily, such as water supply カ, gas, electricity, telecommunications, such as Natural gas, petroleum, sewage pipeline laying or update.

In addition to push and pull, all devices have an important parameter – torque. In the early stages of directional drilling development, it was believed that equipment was primarily used to drag pipelines back and forth, and manufacturers emphasized the push and pull of equipment. With the development of technology, it is recognized that torque is also an important factor.Because, in the directional drilling construction, mainly rely on the torque to cut the underground soil layer, the equipment does not have the appropriate torque, also cannot well complete The project.Therefore, directional drills with different capabilities must have a combination of push and torque. 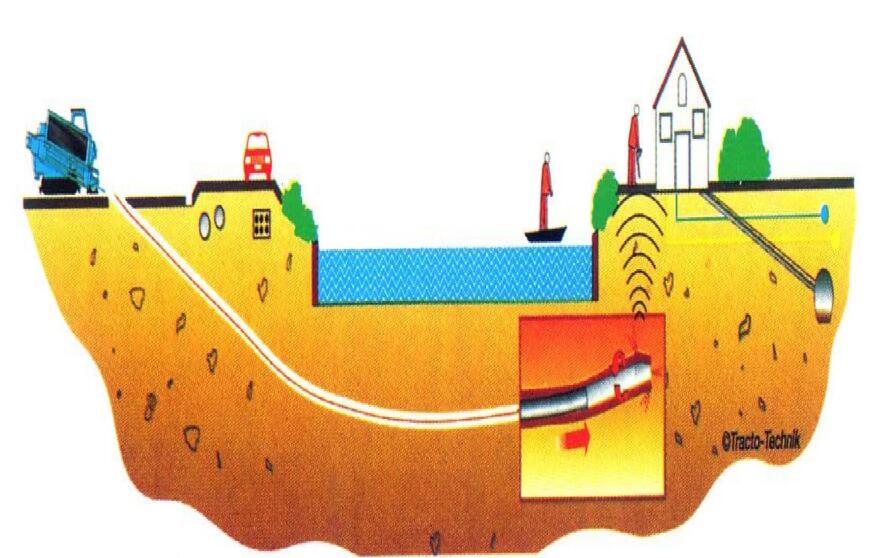 Direction-control system is a directional tool that guides the bit to drill correctly by monitoring and controlling the specific position and other parameters of the bit in the ground.Because of the control of this system, the drill bit can be drilled according to the design curve.

It is a variety of machines and tools used in drilling and reaming.Drill tools are mainly suitable for various geological tools such as drill pipe, drill bit, mud motor, hole reamer and cutter.Auxiliary equipment includes snap rings, rotary union and drag heads of various pipe diameters.