Horizontal directional drilling consists of several installation steps. First, a pilot bore is made with a suitable-sized drilling rig. The bore is steered to create an initial hole at the required line and grade. Successive reamers are then pulled back to enlarge the bore diameter to the desired size. During the last stage of reaming, the service pipe is pulled back into the bore. HDD is often employed when an open cut excavation is unsuitable such as at a railway crossing or river crossing. Most pipelines installed by this process are fusion welded continuous HDPE pipes, although steel, ductile iron, and PVC pipes are also installed by this process. The recent introduction of fusible PVC piping has allowed PVC piping to be more widely used in HDD installations of water pipe, telecommunications, and electrical conduit that were previously dominated by PE pipes. 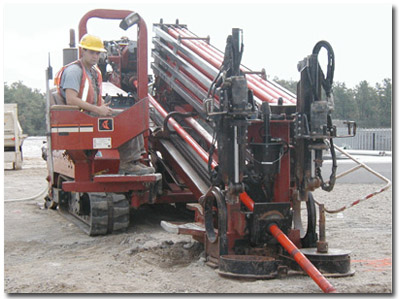 Once the pilot hole has been completed, the borehole must be enlarged to a suitable diameter for the product pipeline. This is accomplished in the second stage of the Horizontal Directional Drilling Process by “prereaming” the horizontal boring to successively larger diameters. Generally, the reamer is attached to the drill string on the opposite end of the borehole from the drill and pulled back into the pilot hole. Slurry is pumped into the directionally drilled borehole to maintain the integrity of the hole and to flush out cuttings. 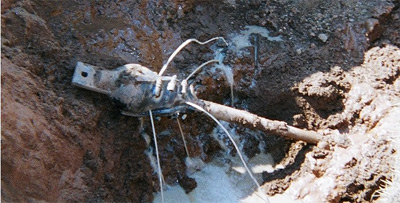 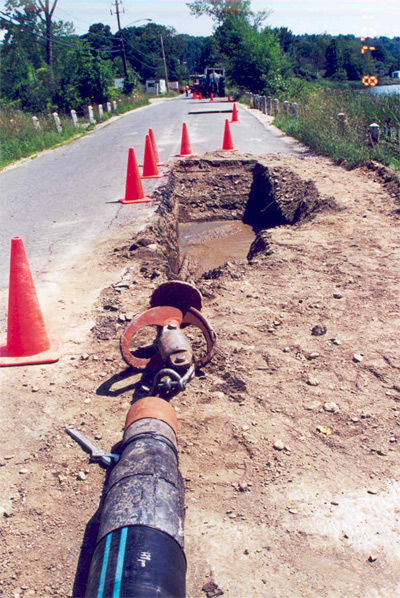