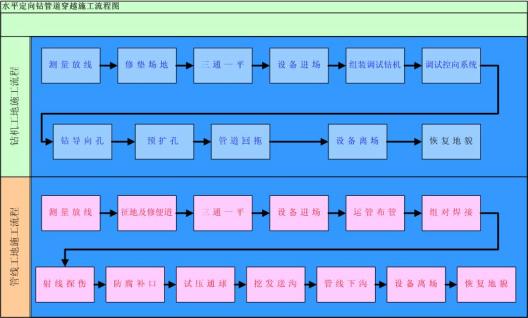 According to the geological conditions of the crossing, select a suitable drill bit and guide plate or underground mud motor, start the mud pump to drill into the soil point, and the drill bit is driven to rotate by the rig’s thrust (or use the mud motor to drive the bit ) Cut the stratum and keep moving. Measure the actual position of the drill bit after each drill rod is drilled in order to adjust the drill direction of the drill bit in time to ensure that the completed pilot hole curve meets the design requirements. Unearthed to complete the drilling of the entire pilot hole. See Figure 2;

When pulling the pipeline back, first connect the reaming tool and the pipeline, and then start the dragging operation, and the drill rod is driven by the drill turret to rotate and retreat to carry out the reaming and dragging. The pipeline does not rotate during the dragging process. The enlarged hole is filled with mud, so the pipeline is suspended in the enlarged hole. The mud around the pipe wall and the hole is lubricated by the mud, which reduces the drag resistance and protects the anticorrosive layer of the pipeline. The secondary pre-reaming, the final hole diameter is generally 200mm larger than the diameter of the pipe, so it will not damage the anticorrosive layer. See Figures 3 and 4;

During the drilling of the pilot hole, the drilled hole is often smaller than the diameter of the backhaul pipeline. In order to make the drilled hole reach 1.3 to 1.5 times the diameter of the backhaul pipeline, a reamer is required to start the pilot hole from the point of emergence to the point of entry Expand to the required diameter.

After pre-reaming the underground hole, the drill pipe, reamer, pull-back joint and the installed pipeline are connected in order after the reaming requirements are met. Starting from the excavation point, drag the pipeline back to the entry point while expanding until.

4.3.1 The guide instrument should be calibrated or re-checked before construction of the guide hole to ensure the accuracy of the probe;

4.3.3 The pilot hole is measured every 3m. If deviation is found, it should be adjusted in time. Increase the number of measurements if necessary to ensure that the deviation of the pilot hole is within the design range;

4.3.4 The driller shall operate strictly in accordance with the instructions of the surveyor. In case of abnormal conditions and difficult problems, he shall stop drilling in time, research and solve it, and shall not make his own claims;

4.3.5 Reaming should be completed step by step. Different strata should be reamed according to different processes. Strict compliance with operating procedures;

4.3.6 Before starting the drilling of each hole, the operator must be technically informed, emphasizing the quality standards and quality requirements;

4.3.7 Strengthen the quality assurance system. The project manager is fully responsible for the quality management work, the job responsibilities of all the construction personnel, and the project records are carefully prepared to ensure that each construction process is carried out in accordance with specifications.

The directional drilling rig is composed of a rig system, a power system, a direction control system, a mud system, a drilling tool and auxiliary tools, as shown in Fig. 5. Their structure and function are described as follows:

5.2 Power system: It consists of hydraulic power source and generator. The power source is to provide high-pressure hydraulic oil for the rig system as the power of the rig. The generator provides power for supporting electrical equipment and construction site lighting. 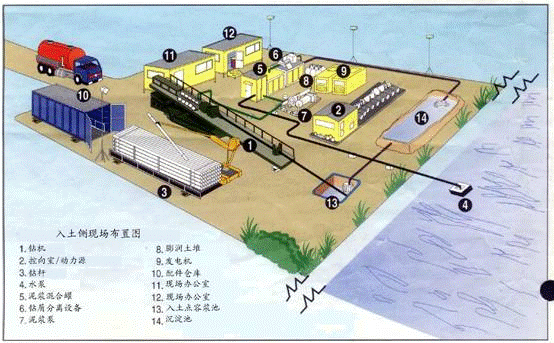 Figure 5 Site layout diagram on the soil side 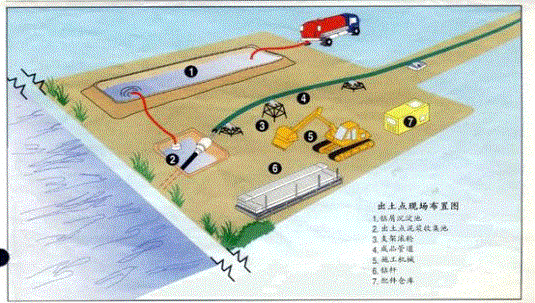 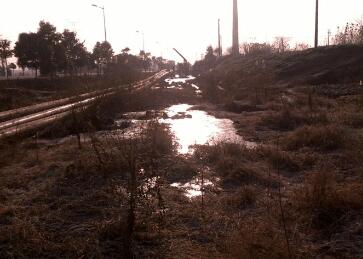 The practical application of non-excavation construction (directional crossing construction) in this project has proven to be the construction method with the highest efficiency, lowest cost, and lowest external negative impact. Manifested as:

① minimal impact on the environment;

②Providing a protective layer for the pipeline, extending the service life of the pipeline and reducing the maintenance costs accordingly;

③ Will not affect river transportation;

④ Will not obstruct road traffic;

⑤ Will not damage green lands and vegetation;

⑥ Will not affect the normal life and work order of shops, hospitals, schools and residents.