1.A hundred miles away, on-site and off-site linkage guidance

In order to ensure a successful start to the towing management, the XCMG basic service and technical support teams were jointly dispatched to adopt the on-site and off-site remote linkage service mode for the first time to control the entire process of the towing and guide the operator’s work step by step. 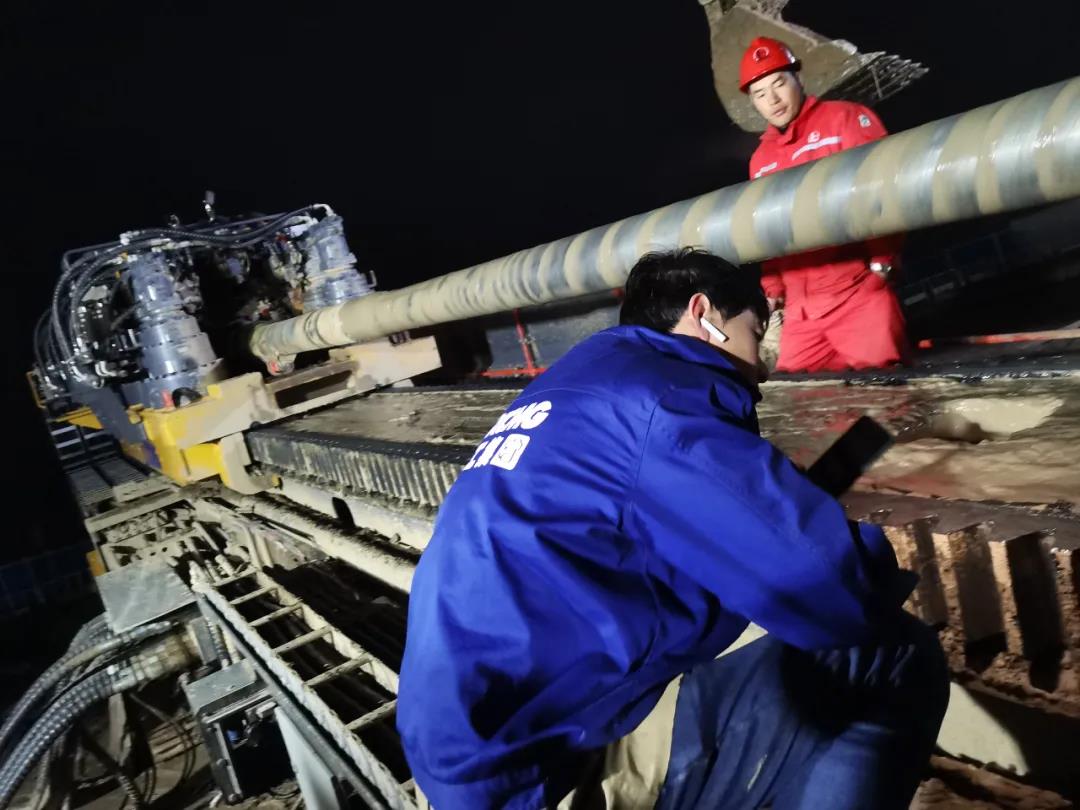 In front and back field coordination, the field personnel guide the operator in the operation room to adjust the pressure, torque, push and pull force, and track the status of the towing pipe at the excavation point. The off-site technicians use the APP of Drilling to track the status of the whole machine in real time, and realize data with the front field. Intercommunication.

At the beginning of the towing, the drilling rig had a slow speed problem. XCMG technicians immediately noticed the abnormal construction. It turned out that the operator still used the “old method” to construct. After on-site guidance and full discussion with the project manager, the problem of large torque entry was overcome, and the construction risk of the excavated cave entrance was quickly repaired. The construction efficiency was doubled, showing the true style of XCMG XZ11600 horizontal directional drilling rig!

After the successful return, XCMG’s technical and service personnel disregarded all night’s hard work and discussed with the operator and project manager the overall improvement plan and solidified operating habits.

Born in the classic model XCMG XZ11000, after thousands of times of grinding and tempering, the classic XCMG XZ11600 is equipped with a digital display system, and the main construction parameters such as rotation torque and push-pull force are directly displayed. The clamping force and other protection systems of the clamp adopt electronic sensors, which are quick, sensitive and highly reliable; the rotation torque and push-pull force can be accurately preset to avoid construction overload. 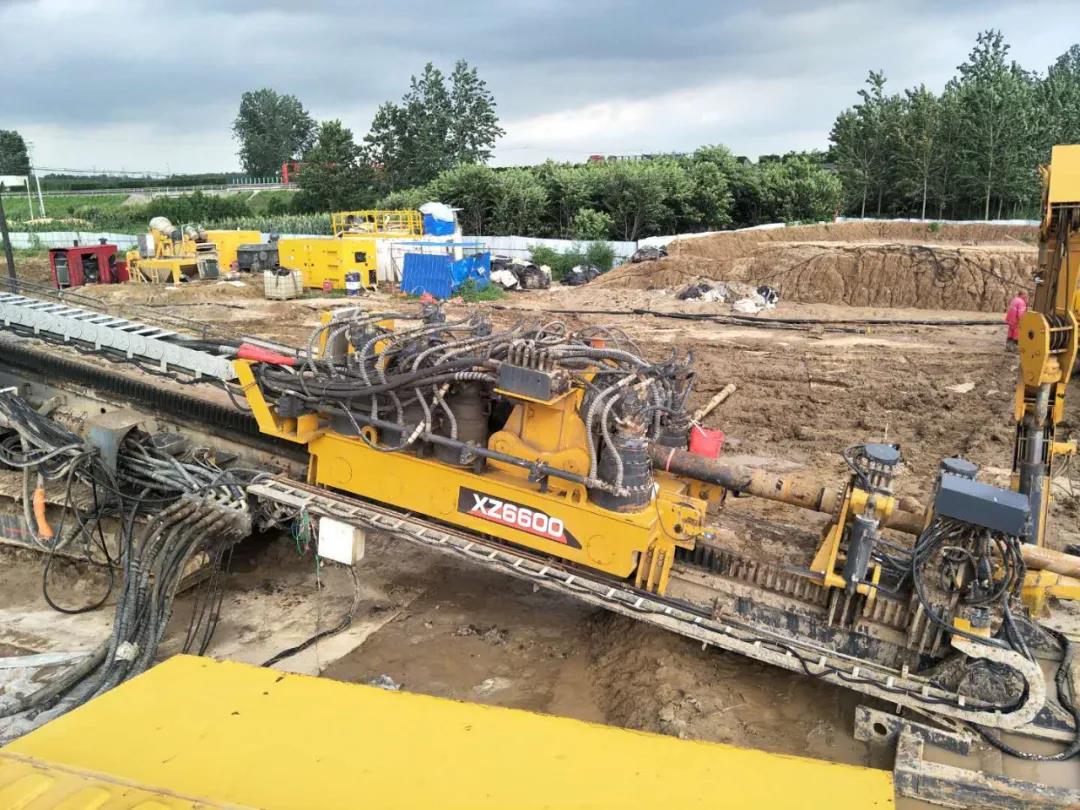 In Tianjin, which is more than 700 kilometers away from Xuzhou, the XCMG XZ6600 horizontal directional drilling rig, also of medium to large tonnage, crossed the Fuyang River project at Tianjin Fengyi Hengshui Project Department and successfully completed the φ1219×637m tow pipe! 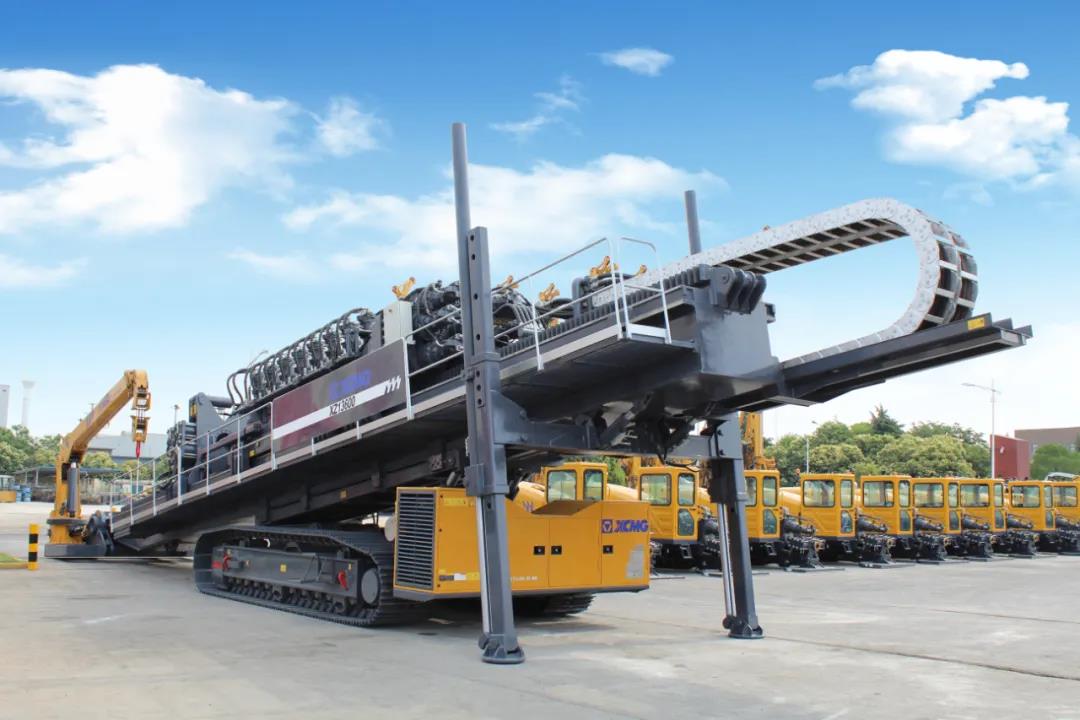